Out of all the Private Reserve inks that I have sampled so far, this ink has got to be one of the more drier inks! Private Reserve -in my experience- generally produces nice wet, smooth flowing inks; which is something that I really like. However with this one... I am not sure what's going on. 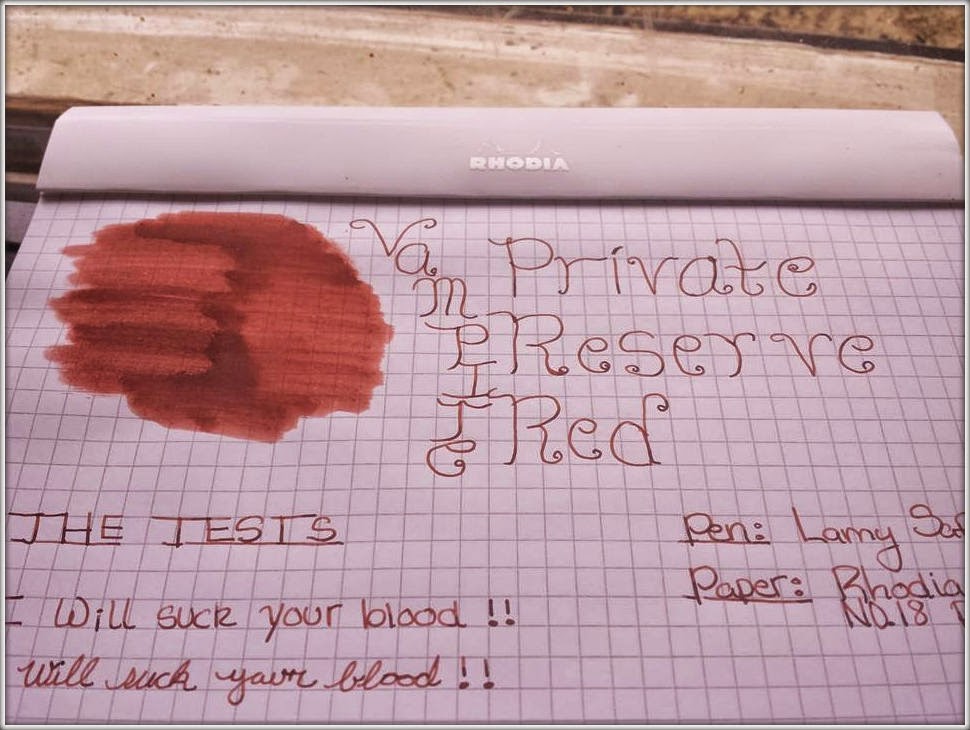 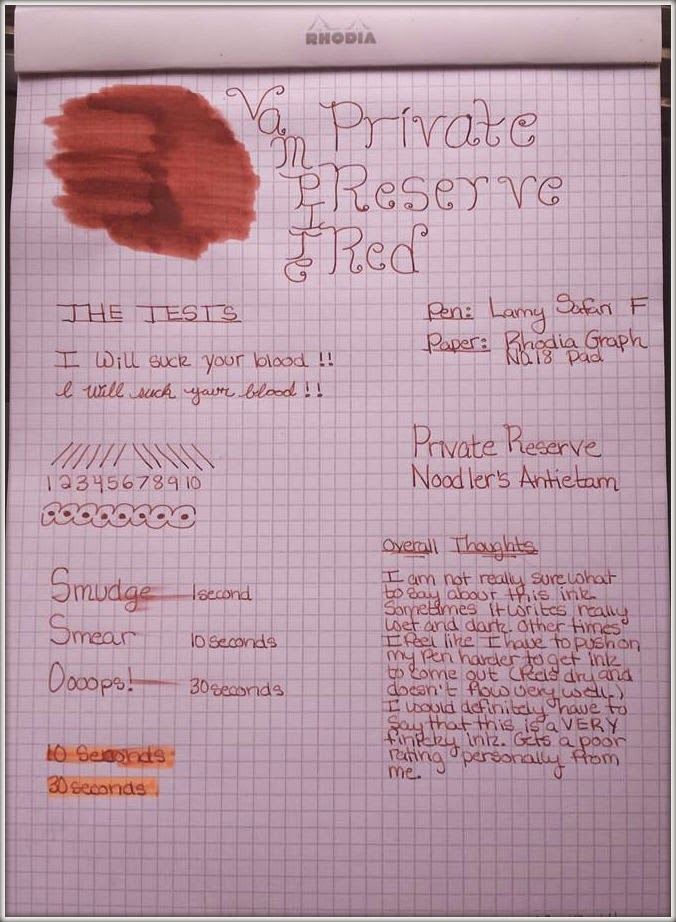 I have not personally had the best experience with this ink. So it appears many others have not as well (will discuss further down). It is a very "finicky" ink and can't seem to make up it's mind from one word to the next. Sometimes, especially when first starting out, it writes nearly perfect - wet, dark, smooth. The rest of the time I get a really light and dry ink and it feels like I need to press harder on the pen (which I did not do, but wanted to) to make more ink come out. I also do NOT suggest doing that for most pens. 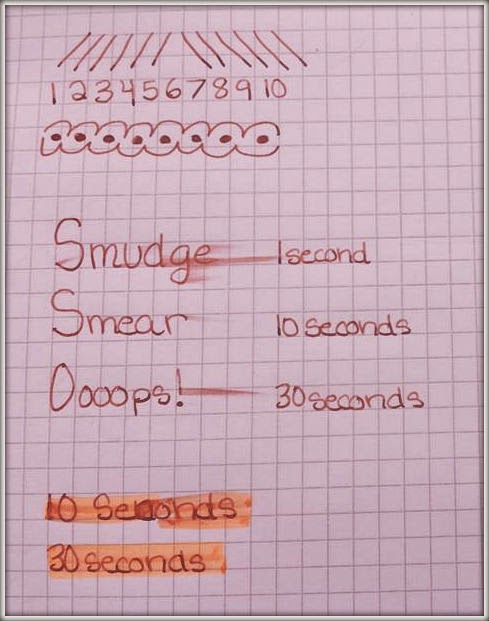 It doesn't seem to skip or have hard starts at all. Just...not enough saturation. Acts as if it is clotting a little bit in the pen with how it randomly performs. It is almost like the ink is too diluted most of the time. Which means I have little to no issue with feathering. No Bleed through and no ghosting. 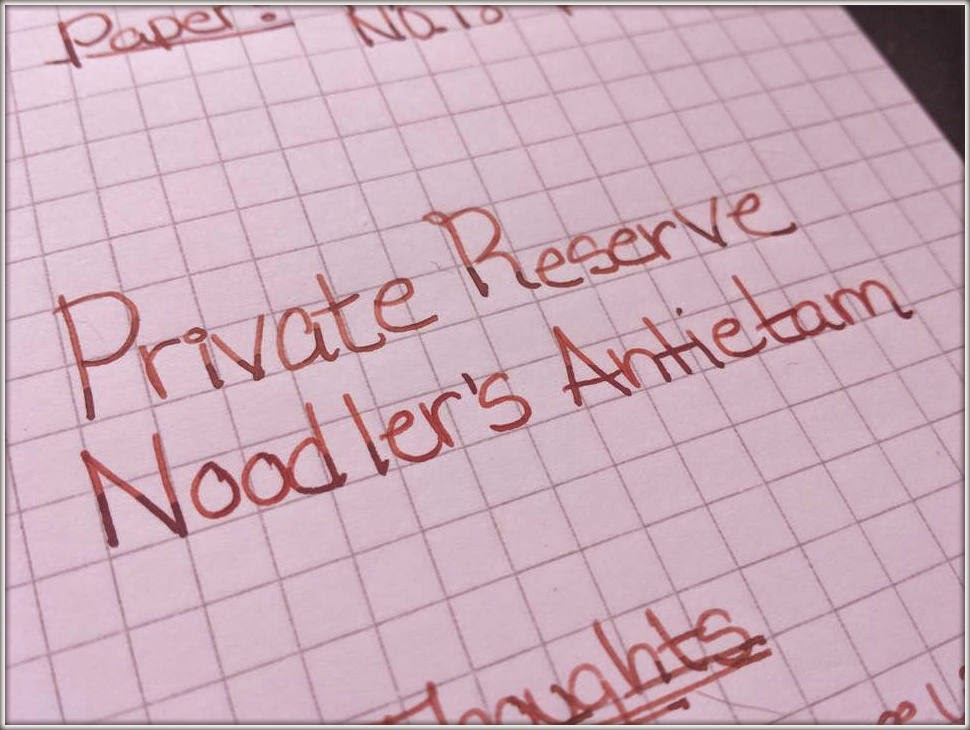 Other people's experiences with this ink are also pretty negative...

Sadly, it does not appear that this ink is real favorable among those who have tried it (myself included). If you want some nice reds, I would suggest Noodler's Red Black or Ancient Copper. 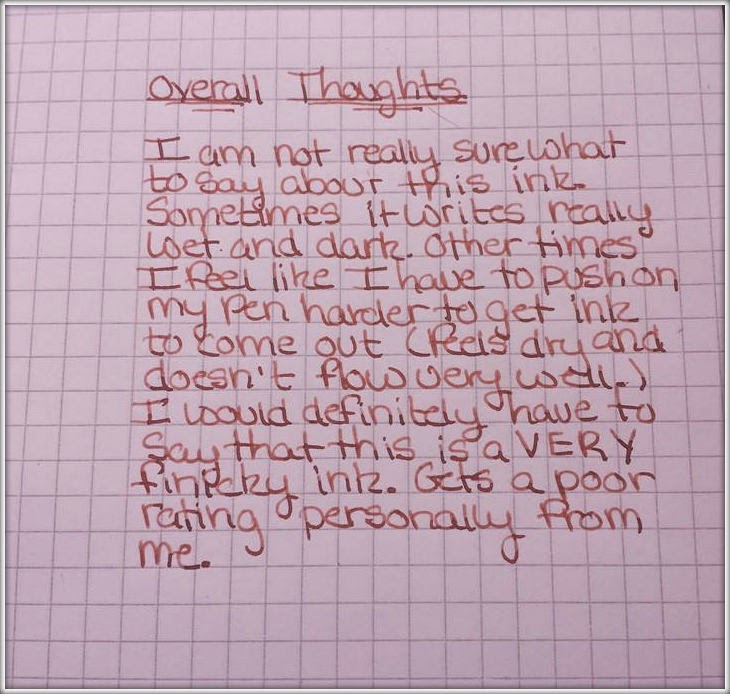 Other Reviews of Vampire Red (Links) 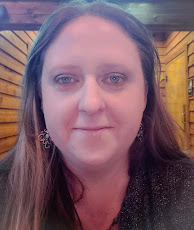 Life is a blessing. I am a proud wife and mommy to three wonderful boys. My hobbies include fountain pen, ink, & paper collecting. I also enjoy photography, journal writing, ancestry research, and horseback riding. I live out in the country where have a small farm with several horses.